Using Robotics to Lighten the Burdens of VAT Processes

Download the whitepaper by Vertex to learn more about how using robotics can lighten the burdens of VAT processes.

Robotics are no longer just for factory automation. Today, businesses across all industries are using robotic processing applications (RPAs) to automate and accelerate everything from customer order processes and payroll processing to compliance reporting.

But the robots have arrived, ready to automate rule-based VAT tasks. Imagine managing the process as the mouse moves about the screen, with words being typed and applications being opened and closed as if a human were pecking away at the keyboard.

In this whitepaper titled, Destination Augmentation: Robotic process automation (RPA) can help tax functions enhance VAT management, we explore the challenges of managing VAT and how RPAs help you address them – all while increasing the speed, productivity, and quality of your VAT lifecycle.

Download the whitepaper by Vertex to learn more about how using robotics can lighten the burdens of VAT processes. 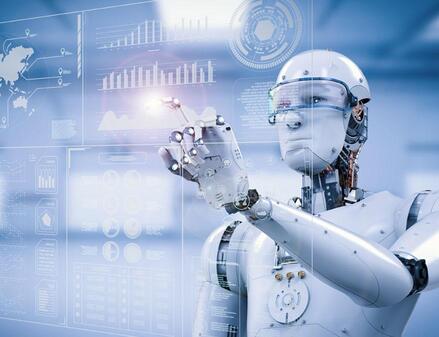 In February, the European Union (EU) considered legislation that would have levied a new tax on robots. Although the proposal did not compute with most EU lawmakers, its materialization shows that robotics – along with machine learning, artificial intelligence (AI) and related forms of 21st Century automation – are pushing traditional tax concepts into new territory.

According to my colleague John Viglione, robotic process automation (RPA) is coming to tax departments near you. Although this development may conjure images of giant androids lumbering around your office, the reality is more ordinary, yet still pretty intriguing.

In this video Danny Vermeiren, VAT Director, Vertex explains how robotics can be used to automate repetitive tasks within the tax department.