So much has changed in the roughly two years since the Organisation for Economic Cooperation and Development (OECD) released its Action Plan on Base Erosion and Profit Shifting (BEPS) – which remains “the most significant transnational effort in the history of international taxation,” according to the Tax Foundation. Yet, the scope of that change pales in comparison to the amount of changes multinational enterprises (MNEs) will need to implement in the coming months.

Tax Matters serves to alert readers to important issues and to direct them to more in-depth assessments of BEPs challenges, risks, planning practices and updates, such as BEPS Country-by Country Reporting: The Practical Impact for Corporate Tax Departments an article that I wrote featured in AICPA's Tax Adviser publication. This post marks the first in a series of BEPS topics designed to inform readers of these risks, challenges and practical approaches.

The timing of these posts is important: Last month, the OECD published its 42-page “Country-by-Country (CbC) Reporting Implementation Package.” It consists of model tax legislation and three model Competent Authority Agreements that could be used to facilitate implementation of the exchange of the CbC reporting templates. As a next step, the OECD intends to develop a User Guide to accommodate the electronic exchange of the CbC reporting templates.

Pascal Saint-Amans, director of the OECD’s Centre of Tax Policy and administration, has expressed a hope that countries will act quickly to adopt both BEPS/CbC legislation and exchange agreements requiring MNEs to file their first CbC reporting template effective for tax year 2016 or shortly thereafter. “The start of country-by-country reporting for the 2016 tax year will be an important development,” Saint-Amans asserted in a recent interview.

Read Bill's next post on this topic; BEPS: The CbC Reporting Template. 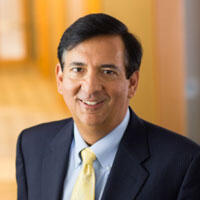 William Brennan was formerly a Chief Tax Officer at Vertex, Inc. He has over 33 years of tax experience with a record of building, developing, and leading large corporate tax departments. Bill has worked in many industries throughout his career including healthcare, software, financial services, transportation and manufacturing. His tax practice experience has included planning, intercompany transfer pricing, structuring/restructuring of business operations, offshore intangibles, contract manufacturing, cross-border financing, mergers and acquisitions, legislation, private letter rulings, examinations, administrative appeals, and litigation. As a former Vertex Chief Tax Officer, Bill provided insight and thought leadership regarding in-house corporate tax department operations, global tax law and policies, and emerging tax industry trends. In addition, Bill advised Vertex’s Board of Directors and senior management on the development of the company’s income tax solutions under Vertex Enterprise. Prior to working at Vertex, Bill was the Vice President-Taxes at McKesson Corporation for 12 years. McKesson Corporation is a Fortune 15 company with revenue in excess of $130 billion, and is the largest pharmaceutical distributor and health care information technology company in North America. In addition, Bill has held senior leadership roles for a number of other Fortune 500 companies throughout his career. Bill received a Master of Science in Taxation from Golden Gate University and a Bachelor’s degree in Accounting from Marquette University. He is a licensed CPA and a member of the AICPA, IFA and USCIB.