From global tax reform to the rise of tax technology to concerns about their function’s ability to innovate, a recent survey looks at what’s on the minds of tax leaders.

KPMG teamed up with Forbes Insights to poll 300 chief tax officers and senior tax professionals to get their take on the economy, tax reform and the outlook for the corporate tax function itself. That tax leaders are bullish on the global economy may not come as a huge surprise – three-quarters say they expect to see continued growth over the next three years. Interestingly, though, they’re even more optimistic on the growth outlook for their own company: 85 percent expect to see some expansion over the next twelve months.

Survey respondents are also enthusiastic about the results of tax reform, too, judging by the comments from CTOs quoted in the report – though there’s a definite note of caution here. As I’ve pointed out before, corporate tax got a whole lot more complicated with the passage of the TCJA. I think many readers will sympathize with the comments of one executive cited in the survey report: “Basically, Congress kept most of the old rules and layered new rules on top of them. Now it’s like playing a game of three-dimensional chess.”

For me, the most striking survey results concern technology and how it will drive the transformation of the tax function. It seems that many CTOs are worried that tax is falling behind the rest of the organization. Less than half (45 percent) said that tax is keeping pace with innovation; 31 percent cited identifying and implementing new technologies as a top challenge. Yet, respondents are clearly keeping an eye on the latest innovations. Seventy-nine percent identified data and analytics as a leading investment for the department, and 76 percent identified emerging technologies.

On this count, the comments of KPMG Principal David Jarczyk seem spot-on: “We all know the value that lies hidden in tax data. With the support of their organizations, CTOs could become disruptive innovators who help rewrite the role and contributions that tax departments make to the bottom line.” 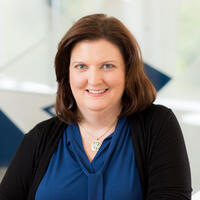 Nancy Manzano is a Director in the Chief Tax Office at Vertex, responsible for insight and thought leadership regarding in-house corporate tax department operations, spanning income, global and transaction tax. A seasoned tax professional, Nancy is a licensed C.P.A., has a B.S. in business administration from Drexel University and an M.S. in taxation from Widener University.

Connect with Nancy Manzano on Linkedin

Still on Magento 1? Know Your Options

If your organization is still on Magento 1 and doesn't have a plan of action for its end of life past June 2020, this is the webinar for you.

Learn how tax and IT together can optimise VAT processes and standardise tax customisations across multiple ERPs.