According to a Forrester Consulting research study, commissioned by Vertex, 83% of IT Directors surveyed said that they were “interested” or “very interested” in a containerization/edge architecture. This interest stems from edge technology’s ability to solve numerous IT pain points including security, consistency, agility—and more. Hear from Vertex Principal Architect of Innovation Eric Christian as he discusses these benefits, additional findings from the Forrester survey, and what IT professionals should keep in mind when implementing tax technology. For even more information on edge computing, listen to our previous podcast, Tax Matters: What is Edge Computing? An Introduction.

PLEASE REMEMBER THAT TAX MATTERS PROVIDES INFORMATION FOR EDUCATIONAL PURPOSES, NOT SPECIFIC TAX OR LEGAL ADVICE. ALWAYS CONSULT A QUALIFIED TAX OR LEGAL ADVISOR BEFORE TAKING ANY ACTION BASED ON THIS INFORMATION. THE VIEWS AND OPINIONS EXPRESSED IN TAX MATTERS ARE THOSE OF THE AUTHORS AND DO NOT NECESSARILY REFLECT THE OFFICIAL POLICY, POSITION, OR OPINION OF VERTEX INC.

In this episode, Vertex Principal Architect of Innovation Eric Christian discusses with business writer Eric Krell what IT leaders should know about tax-related edge computing.

Next, Eric pivots to the IT department. He talks about IT-related pain points and the technical challenges that O Series Edge addresses.

Now, I’ll turn it over to Eric and Eric…

Eric Krell: Thanks for talking with me again, Eric. In our first Tax Matters podcast, you discussed Vertex O Series Edge, some of the industries it’s a great fit for and its benefits. Before we get into the solution’s IT Focus Features, let’s start by recapping. What is O Series Edge and what types of tax management challenges does it address?

Eric Christian: O Series Edge is a new product offering by Vertex, and it enables tax calculations at the point of need. The main pain points it’s addressing include faster updates and ensuring that tax is always calculated.

Eric Krell: Please highlight a couple of other tax and or business benefits the solution delivers.

Eric Christian: Well, the primary one is that it eliminates the reliance on the Internet for a tax calculation – that’s huge. Another benefit is that it improves calculation performance by eliminating network latency. It improves scalability by using industry-standard tools. You can deploy containers over and over and over again and scale very easily. And then it also improves security because the calculation is behind the company’s firewall, so the transaction data never leaves the firewall. There’s nothing to be concerned about from a security standpoint.

Eric Krell: Let’s pivot to the folks in the IT department. What’s the top IT pain point that O Series Edge is designed to address?

Eric Christian: That’s easy: control. IT needs control. And why do they need control? If you think about a transaction, it has a path, there are a variety of things that happen during a transaction, such as processing your credit card, validating inventory and those kinds of things. One of those steps is tax [on] the whole thing that we call a transaction path. If anything in that transaction path disrupts the process, it impacts the transaction. If that happens over and over again consistently, then it impacts the business. When those kinds of things happen, IT is asked to fix it. If they don’t have control, then they can’t fix it. What we’re doing is providing them that control.

Eric Krell: Are there any other common IT problems the solution helps mitigate?

Eric Christian: Sure – security. Transaction data is required to determine accurate taxes obviously, and with Edge, the transaction data never leaves the firewall. So, security is a hot one. The other one is, as I mentioned it earlier, scalability. With containers, companies can deploy lots and lots of containers to handle the load, and using modern tools, they can even automatically scale up or scale down depending on the volume of transactions being processed. During normal processing, they may run two or three containers, but during Black Friday, that may scale up to ten so they’re not paying for servers that they don’t need. Another thing is performance. When we talk about performance in the tax engine space, it’s important to note that it’s not just about how fast the transaction is performed. That’s because 90-plus percent of transactions are going to be really fast, in sub-seconds, so nobody’s going to notice the performance.

Eric Krell: Can you speak to how O Series Edge helps IT teams from an agility perspective?

Eric Christian: Sure. I just spoke about scalability, that one is, I think, the most important. The other important aspect is to quickly adopt new tax rules. Governmental entities around the world are constantly changing tax rules, and sometimes they don’t give us much notice. With this architecture and environment configured properly, it can deploy containers throughout an organization in just a matter of minutes. And then one other thing is, IT organizations in order to be agile, really have to have visibility into all of their containers. With Edge, they have visibility into to all of the container instances running throughout their organization. They get to see CPU utilization, memory, transaction, performance, and all of those things.

Eric Krell: Vertex had Forrester conduct research on interest in a containerized Edge Tax solution. Tell me a little bit about the motivation for the research and how it was conducted.

Eric Christian: Well, we knew just by talking to our clients that this architecture was desired. We reached out to Forrester to get more of a statistical picture and validate our assumptions. The way it worked is that Forrester interviewed multiple members of our team, and then they surveyed 400 IT professionals who are responsible for purchasing the tax software.

Eric Krell: And what did you learn about IT leaders’ interest levels in an Edge solution for tax?

Eric Krell: Excellent. Tell me what else you learned from the research.

Eric Christian: It’s very telling. In the past three years, implementations of tax software that are on-premise have gone from 57% to 10%. Where did they go? They went to the cloud. Cloud implementations went from 30% to 48%. That’s a huge shift. And what we learned is that they moved for a very clear reasons: support costs and faster updates. Why support cost? That is really a common trend in IT. Many, many IT organizations have been trying to reduce costs, and they can do that by going to the cloud with lots of different software applications. And tax does not get a pass on that one. It’s just simply the way of IT organizations for the past several years.

The other [reason] is faster updates. I talked a little bit about how tax rules change regularly, and you need to be able to quickly adopt them. This is one of the reasons why they moved to the cloud because they can rely on a third-party organization to perform that update for them. That’s why they moved. But now that they’ve moved, 83% say that without internet connectivity, their tax software doesn’t operate correctly. That’s very telling. They also worry about security and overall lack of control at the check-out process. That’s also huge and very telling about what we’re doing here. When asked why they’re interested, the on-premise group said they, again, want reduced support cost and faster updates, while the cloud group said, “We want to reduce reliance on the internet, improve security and control.” This Forrester survey was very eye-opening for us.

Eric Krell: What else should IT teams keep in mind about this type of tax solution? For example, is there anything they should ask of their tax colleagues prior to implementing O Series Edge or a similar solution?

Eric Christian: I would just say for their tax colleagues, they should remember that nothing really should change very much for the tax professional. Their experience should be basically the same. They’ll still configure their nexus in the same locations. They’ll get their reports in the same locations. The difference here is that they can ensure their tax is calculated consistently with a better performance in a much more sophisticated architecture than what they have today.

Eric Krell: Eric, thanks very much for talking to me today and I look forward to reconnecting with you soon in the future.

Allison G.: Thank you for listening to Tax Matters, a Vertex podcast…Check back here for more episodes soon.

This transcript has been edited for clarity.

Calculate tax at the point of transaction using edge computing. 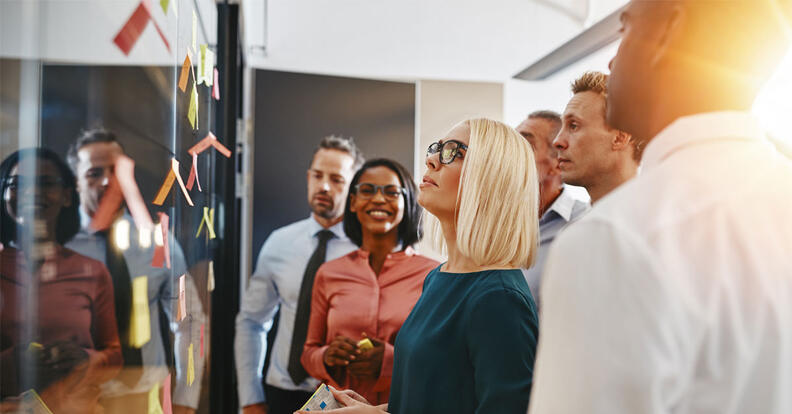