Women in Tax Explain How to Deal with Gender Stereotyping

Leading women in tax share their personal experiences and the resistance they overcame at the beginning of their careers to succeed, offering tips to aspiring leaders.

Despite having many years of tax experience among them and becoming experts in their fields, ladies speaking at International Tax Review’s (ITR) Leading Women in Tax Forum in New York on February 26 said they had to battle against a gender bias in male-dominated meetings and tackle internal confidence issues to achieve their success.

"Sweetheart" is how an older male attorney referred to Lisa Butler, chief financial officer at Vertex, when she began her career and was told to "make a coffee" during one meeting where she was the only woman in the room. However, her response surprised her male colleague, who was shocked to see Butler standing up to gender stereotypes. "You don’t want me to make coffee since I don’t drink coffee. Trust me," she answered.

Meetings can often create an uncomfortable dynamic, especially for women or those in junior roles, who don’t have the confidence to speak up or say no to the demands of senior colleagues.

Butler’s colleague at Vertex, Bernadette Pinamont, vice president of tax research, said her way of overcoming these concerns was to always remind herself why she had been invited to meetings. She pointed out that each individual attends a meeting because their opinion and expertise is valued. They are not there to make the coffee. On reflection, Pinamont said her career has made her strong and shaped how she coaches women in her team today.

In her previous role as North America tax lead for a company headquartered overseas, Pinamont travelled frequently to represent the US tax perspective. That’s when she had a "shocking experience" as the only woman among men. "I assumed I was in the meeting to represent the US subsidiaries and to talk about the impact to them so I offered my thoughts and my opinions about that. However, one of the gentlemen turned to me and said: 'you speak when you’re spoken to and if we want your opinion we ask you for it’," she said.

In another example, Pinamont referred to the 'boys club’ attitude in meetings, where male colleagues praised each other for ideas or suggestions she had made first, but was ignored. "When I had great ideas," she said, "nobody acknowledged that, and my great idea became 'Joe’s great idea.’"

These anecdotes sparked a reaction from the audience, with one woman saying that women need to do more to support each other and share praise in meetings – like a 'boys club’ where they all applaud each other, women need to adopt a similar approach, she said.

But the issue is not always with male colleagues.

Miriam Klein, managing director of tax at the investment firm Centerbridge Partners, recalled how her early career meetings were spent in silence. When she was a tax senior manager at Deloitte, Klein realised she was "naïve and timid" because "I just assumed that I shouldn’t speak. I internalised the fact of being a woman among men."

Pinamont suggested that people who struggle to speak at group meetings can overcome this through a number of ways. One option is to get the points you wish to discuss into the agenda so they cannot be avoided. Alternatively, ensure you speak in the first 10 minutes of the meeting. "If you are nervous and you struggle, try to speak at the beginning," she said.

The three women emphasised the importance of speaking up and overcoming preconceived notions.

Regardless of negative experiences, many women stressed the importance of not letting it influence leadership styles.

"Setting an example and leading by example" is vital, said Pinamont.

What shapes a great leader is helping people and supporting them to be at their best, according to Kathleen Russ, tax partner at Travers Smith in London. During her career, she realised that "being a leader isn’t just about being good at what you do as a tax advisor," she said. "Being a leader is much more than that. It’s nurturing people and encouraging them."

During one panel, the experts recalled how addressing questions to younger associates during meetings instead of to the senior professionals in the room is important in this process. They said it helps develop the confidence of junior team members and it shows that they are being included and their opinions are valued.

However, a leader stands out most when dealing with a difficult situation and in the capacity of delivering bad messages.

"It is crucial to keep your head in the context of a crisis," Russ said, "and to support people when something is going wrong."

Overall, honesty, authenticity, humility and transparency were other qualities identified in what makes a good tax leader, values that many of the delegates at the New York event agreed with.

For the sixth year in a row, we have been named a 2020 Top Workplace by The Philadelphia Inquirer based on employee surveys over a variety of categories. 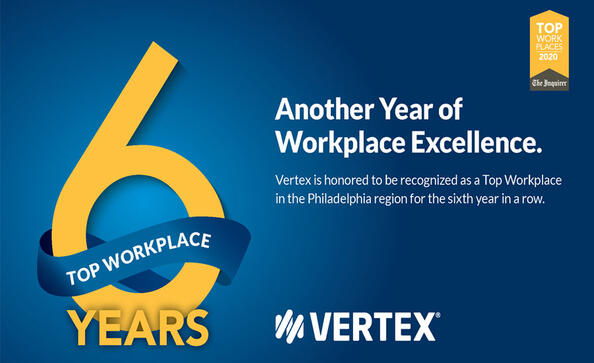