Fill out the form below to access the webcast.

South Dakota v. Wayfair brought on a new wave of challenges for finance leaders around the world. Since this decision, companies are required to collect sales tax from customers in each state their goods are sold, even if they do not have a physical presence in those states.

This requirement has drastically changed the way finance and IT departments operate. In this CFO.com webcast, our very-own Vertex O Series Line Leader, Vince Morasco, along with other industry experts, will speak on the following topics:

Vince Morasco | Vertex Inc.: “In most states, certificates do not expire. However, as a best practice, we suggest updating certificates every three to four years. We believe this is important because a lot can change in 3-4 years. Maybe the certificate was valid when it was issued, but some event has happened which invalidates a certificate.”

Mike Fleming | Sales Tax and More: “Anything that changes a tax number could invalidate a certificate. Changes in ownership, changes in entity type, and even company relocation to a new state are some of the more common problems I see, but there are more. Having invalid certificates on file can be a ticking time bomb, while at the same time providing you with a false sense of security.”

Mike Fleming | Sales Tax and More: “No, it doesn't need to be dated before the first sale. Some states identify the specific amount of time after the sale that you can get a certificate and others just a reasonable amount of time. If you're audited, nearly all states will allow you to go back and get missing or invalid certificates. Only now they are subject to additional verification. This means the auditor will generally check if the purchaser had a sales tax permit at the time of purchase. CA may or may not allow you to use what they call an XYZ letter. An XYZ letter would be mailed to the purchaser in lieu of getting a certificate. The XYZ is then provided to the auditor. It is at the auditor’s discretion as to whether an XYZ letter can be used in place of a certificate. CA is the only state that allows this process. In all other states, you will have to get the missing certificate or a corrected certificate if it was kicked by the auditor.”

Mike Fleming | Sales Tax and More: “There is no perfect answer for all companies. It will be unique to your specific circumstances. Some companies have the sales department collect certificates. This is not my favorite and in general, it can lead to issues, but some companies make it work. Other companies have their credit departments handle it, the accounts receivable department, the accounting department, or the indirect tax department. Some companies outsource it. No matter which internal department you use, training plays a big role. Not only must the certificate be collected but someone needs to review them to make sure they are on the correct form, they are completely filled out, signed, dated, and make sense.”

Mike Fleming | Sales Tax and More: “I am not quite sure I understand the question when you ask about tax risk. If all your sales are exempt, then make sure you are collecting a valid exemption certificate on all your sales. When it comes to registrations, some states do not require a company with 100% exempt sales to register. However, other states do require you to register and file zero-dollar returns. The risk is when you are not collecting a completely filled out exemption certificate on the correct form.”

Mike Fleming | Sales Tax and More: “Technically, all sales that cross a state line are a use tax. This is because when states first began to impose sales taxes back in the 1930’s it was commonly believed that states could not directly tax interstate commerce. So, a sales tax could only be imposed if the transaction happened 100% inside the state. To prevent out-of-state companies from having an unfair advantage, the concept of a use tax was introduced. Use tax is for the storage, use, or consumption of a product or service in the state. It is not a tax on the transaction, but on the taxpayers of the state, so it’s not a direct tax on interstate commerce. If the seller had nexus, they were required to collect the use tax. If the seller did not have nexus, then the purchaser is responsible for remitting the tax directly to the state. In 1977, the US Supreme Court said that states could tax interstate commerce directly and some states did away with a seller’s use tax and only have a consumer's use tax at this point. I do not know of any resources, but anywhere you have brick and mortar you generally want to register for the sales tax. If you do not have brick and mortar, then you would generally sign up for use tax if the state still makes a distinction. Don’t accidentally register for the consumer use tax. However, with the advent of economic nexus, some states, like CO, are requiring remote sellers to register for sales tax, and are even requiring the conversion of existing use tax accounts to sales tax accounts. We may see more of this in the future.”

Mike Fleming | Sales Tax and More:  “In general, states define sales price to include the total amount received without a deduction for the cost of the materials used, labor, services, or any other expenses. The credit card processing fees would be taxable if the item being sold is taxable.”

Mike Fleming | Sales Tax and More: “There are many factors that go into determining whether freight is taxable or not and you generally need to look at the minutia to get the correct answer. This is a time where a solution such as Vertex is helpful. In some states, freight is always taxable. In other states, the freight service must be optional to be exempt. If there is no free option for a local pick-up, it becomes mandatory and taxable. In some states, it must be separately stated and a direct pass-through of costs to not be taxable. Sometimes taxability is determined by where in the sales process the freight charges are incurred. Handling is almost always taxable. Your methods of delivery and how it is invoiced can also have an impact. I believe that the Vertex system has somewhere around 28 different taxability codes for freight. It just goes to show how a seemingly simple concept can become quite complex very quickly when it comes to sales tax.”

You can learn more in our blog on freight tax.

Mike Fleming | Sales Tax and More: “Unless your customer has a specific exemption, you must collect either the tax or a certificate in lieu of the tax acceptable to the state where an item is delivered. You don't have an option. It doesn't matter where your customer is located. A customer is never asked where they have nexus when determining what state’s rate to charge. This is no different just because your customer is foreign. However, there are 36 states where your customer can provide some form of alternative resale documentation without having to get registered. This will prevent you from having to charge the tax. In the 10 tough states, which include CA, your customer will need to be registered in the state in order to provide a valid certificate. We have a chart available in the premium portion of our website that identifies the different forms of alternative documentation customers with nexus may use for each state.”

Mike Fleming | Sales Tax and More: “Having a strong use tax accrual process in place can help identify invoices where tax is being overpaid, tax is being underpaid, and where tax hasn't been collected at all. Some companies examine every invoice, but if you make lots of small purchases, this can be cost-prohibitive. In cases like this, the smaller invoices are reviewed on a sample basis and invoices over a chosen dollar amount are reviewed individually. In some cases, you can exclude purchasers from companies who continuously get it right, and focus on the companies that don’t charge tax or continuously get it wrong.”

Mike Fleming | Sales Tax and More: “It depends on the state. Some states say total sales including exempt sales. Other states say only taxable sales. Some states exclude sales for resale but include other exempt sales. Some states exclude marketplace sales while others include them. We have a free chart on our website that details what is included or excluded as well as the economic thresholds, their effective dates, and other useful information. States are continuously updating their information and as they do, we update the chart. The chart is called Economic Nexus Thresholds and can be found here.

Mike Fleming | Sales Tax and More: “If all your sales are exempt, then make sure you are collecting a valid exemption certificate on all your sales. When it comes to registrations, some state do not require a company with 100% exempt sales to register. However, other states do require you to register and file zero-dollar returns. The risk is when you are not collecting a completely filled out exemption certificate on the correct form.”

Mike Fleming | Sales Tax and More: “Absolutely not. Once you register you must collect and remit the tax whether you have nexus or not. It is not optional. In some states, the mere act of registering creates nexus and in others, you are agreeing to collect the tax. Willfully not collecting and remitting is subject to criminal penalties in most states. Filing zero dollar returns in this scenario could be viewed as fraud. The second reason is that it is sometimes more difficult to deregister than it is to register. My recommendation is to hire a third party to help speed up your nexus determination. Or, in states where your potential exposure is huge, go ahead and register, but collect and remit the tax while registered. If you determine you do not have nexus then you can deregister at a later date.”

Mike Fleming | Sales Tax and More: “Many companies outsource the business licensing functions. For those that don’t, there is specialized software out there that will help track where you are licensed and when renewals are due. Some companies only register where their biggest continual exposure is and some companies register everywhere. It’s all about materiality. While you do not mention property tax, this could also be an issue if you're not already on top of it. We offer business licensing and compliance services.”

Tax Management in the Procurement Space 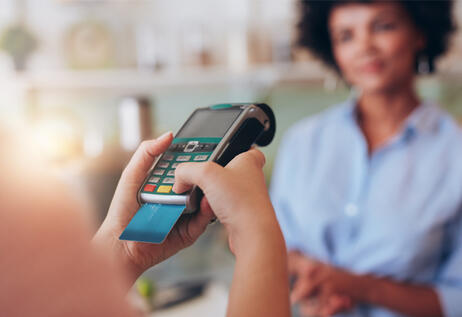