Covid-driven state and local budget deficits are appearing in a wide range of severity, with most ranging from bad to worse. A glimpse at the Vertex end-of-year (EOY) 2020 sales tax rate change research suggests that the nature and timing of responses to these funding problems will also come in many varieties. As a result, indirect tax teams need to keep a watchful eye and monitor potential actions and policy changes state and local governments may deploy this year and for years to follow to address these budget shortfalls.

After spiking in the second quarter of 2020, the pace of city sales tax rate changes was on track to reach the second highest annual total in more than a decade. However, the rapid pace of that rate-change activity slowed in the second half of the year

While a high-level view shows that 2020 sales tax rate changes qualify as fairly average (in the context of the past decade), there are notable data outliers in our research. The number of new taxing cities (69) and new district taxes (177) that materialized in 2020 mark one of the top changes in each category during the past 10 years. The combined average U.S. sales tax rate (10.12%) across all jurisdictions also reached a 10-year high.

The lack of overall major state rate changes should not lull indirect tax teams into a false sense of complacency. Given the number and size of state and local budget deficits, a “new normal” for indirect tax policy and activity is almost certain to emerge. Tax departments should be prepared to respond to any and all of the following revenue-generating tax levers state and local governments are likely to reach for in 2021 and beyond:

Audit activity often intensifies in the wake of economic downturns as a means of generating revenue. Although federal, state and local audit activity may have slowed for some companies during the pandemic, audits could soon increase in volume and frequency. Given the increase in online sales activity during the pandemic, as well as new compliance rules resulting from Wayfair, indirect tax teams should expect heightened audit scrutiny that will likely focus on transactions by remote sellers and those conducted on marketplaces that continue to proliferate. (Global online sellers and marketplace providers also will need to comply with EU VAT changes this year, as Vertex VAT Director Peter Boerhof reports.)

Although all companies subject to state, county, city and district sales tax should keep in mind that audit and enforcement activity is likely to intensify this year, those operating in one of the top three sales tax revenue states – Washington, Louisiana or Nevada, where sales tax accounts for approximately 41% or more of the state’s revenue – should be on high alert, as these states may be the most likely to increase indirect tax audits.

As state revenue gaps widen, tax authorities will also take a much closer look at, and potentially audit all tax types, including payroll withholding taxes. Spikes in payroll withholding tax audits can also occur during economic downturns and large budget deficits. Companies should also be prepared for increased payroll tax audits at the state, city and local levels in the wake of remote work challenges and ongoing compliance questions on nexus for payroll tax withholding.

Businesses throughout the country have introduced or expanded their work-from-home policies in the wake of COVID-19, a trend that also comes with tax consequences and challenges. As I’ve recently noted, the massive work-from-home shift the pandemic activated has many states re-evaluating how income taxes should be withheld when remote working models involve employees based in states other than those where their brick-and-mortar office is located. As the workforce continues to disperse and work remotely from a state different than their business’ physical office, states will be taking a closer look at how their bottom lines are impacted. Some jurisdictions could look to change employee nexus rules for payroll tax withholding, adopt or change a convenience of the employer rule, or institute/change existing reciprocity agreements with neighboring states.

The outcome of this case could set a precedent and have an enormous effect on employees and employers across the country due to the new normal of remote employment. Expect more state vs. state showdowns on this issue as hard-hit states develop policy adjustments, or even new laws, aimed to enhance payroll tax revenue collection. Expect states in this post-COVID remote work environment to redefine nexus rules, convenience of the employer rules and reciprocity rules with respect to payroll withholding taxes.

Amnesty programs allow companies who have tax liability exposure from non-compliance to come forward, settle-up past liabilities and become compliant without suffering interest and penalties. Currently, the state of Nevada is in the process of offering an Amnesty Program that includes sales tax. In the past, Amnesty Programs have been successful revenue generators. Time will tell in a post-COVID environment if businesses have the cash to partake in these Programs. If not, as noted above, states may need to rely on overt audits.

The Potential for New Taxes including Digital and Professional Services:

France resumed collecting its digital services tax (DST) in December, signaling impatience with progress toward the unilateral approach to DST led by the OECD. In addition to the uptick in new and increased sales tax rates in 2020, jurisdictions could look to other tax changes to recoup revenue lost as a result of COVID-19. Some U.S. state legislatures are watching global DST dynamics to assess the viability of adopting their own versions of the tax. Maryland and other states attempted (but failed) to enact DST laws in 2020, but these could be back on the table in 2021, as Vertex Principal Economist & Tax Policy Advisor George L. Salis has discussed. Besides considering DSTs, states also may weigh whether to extend sales taxes to professional services that have not previously been subject to indirect taxes.

Past recessions have shown that everything will be on the table, including rate increases to existing taxes as well as the creation of new tax categories. With projected state budget shortfalls expected from COVID-19’s economic fallout totaling approximately $400 billion through 2022, according to the most recent economic forecast from the Congressional Budget Office (CBO), it’s only a matter of time until states catch up to the local levels in their amount of rate-changing activity or new taxes.

My colleagues at Vertex have encouraged tax leaders to work with state legislators, tax-writing committees, and departments of revenue (DOR) to reduce the likelihood of unappetizing new laws and taxes from materializing. That approach is also prudent regarding the many variants of sales tax rates and rules changes, as well as payroll tax nexus changes, state and local governments are likely to consider in the coming months and years to close budget deficits.

Download a copy of the final report summarizing all 592 standard sales tax rate changes for 2020.

The information contained herein or any accompanying content is intended for information purposes only, may change at any time in the future, and is not legal or tax advice. This information should not be relied upon in making purchasing, legal, or tax decisions. 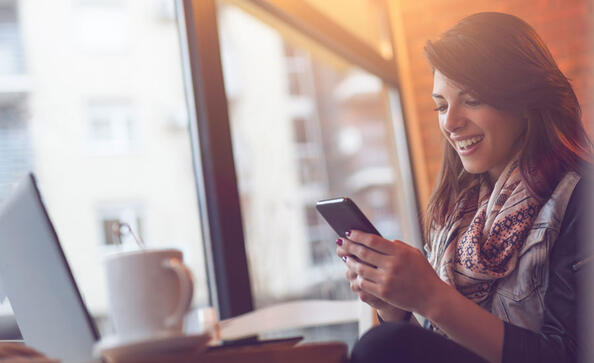