4 International Tax Trends Worth Watching in 2018

U.S. Federal Tax reform continues to dominate the strategic thinking of tax leaders in the United States and abroad, as foreign headquartered MNCs are also evaluating the impact of this reform on their U.S. operations. In the United Kingdom, for example, British American Tobacco Plc, Royal Dutch Shell Plc, and BP Plc have all indicated they will provide more detail later this year on how the new U.S. tax law affects their bottom lines, according to a BNA Bloomberg article. Although still evaluating, they have been able to conclude that it does appear to make the U.S. a more attractive place to do business, which could have some U.S. headquartered MNCs, especially technology companies, reorganizing their operating structures.

Although the intense focus on the new U.S. tax law is entirely justified today tax executives of both U.S. and foreign MNCs will want to make sure it doesn’t obscure other tax developments that bear monitoring this year. The article zeros in on four additional key developments to watch in 2018:

The critical role of the tax department of today is due to the dynamics of disruptors — global changes in legislation, technology, NGOs, media spin, etc. — which put even more pressure on tax not only to be able to manage tax liability and reputational risk, but also serve as a strategic business advisor. 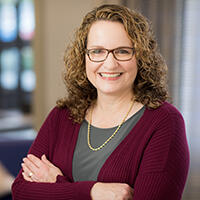 Bernadette Pinamont is Vice President of Tax Research, responsible for helping customers meet strategic needs, ensure compliance and enhance operational efficiency, as well as further define and expand the reach of tax research. She previously served as Chief Tax Officer – Income Tax, providing insight regarding in-house corporate tax operations. Bernadette is a seasoned tax executive and holds a B.S in Accounting and Juris Doctor from Seton Hall University. She is a licensed attorney and CPA.

Connect with Bernadette Pinamont on Linkedin

Still on Magento 1? Know Your Options

If your organization is still on Magento 1 and doesn't have a plan of action for its end of life past June 2020, this is the webinar for you.

Learn how tax and IT together can optimise VAT processes and standardise tax customisations across multiple ERPs.