Earlier this week, France announced it would suspend the collection of its digital services tax, but this is only a ceasefire.

France Enticing the U.S. Back to the Bargaining Table

It’s been a busy couple of weeks in the highly contentious and increasingly interrelated world of digital taxation and trade disputes, both of which are adversely impacting the global economy in a big way.

Earlier this week in Davos, France announced it would suspend the collection of its digital services tax. In a timely concession by the U.S., the move was designed to entice the U.S. back to the bargaining table to finalize an agreement, by the end of this year. The Organization for Economic Cooperation and Development (OECD) has already drafted a proposal for a single international digital taxation system. Known as the “Unified Approach” under Pillars 1 & 2, the proposal now approved in principle by the G20 Financial Ministers is the attempt by the OECD to halt or preempt the rising tide of unilateral global digital tax regimes, that may collapse the entire “uniformity” plan. The French suspension of the digital services tax also seems intended to stave off tariffs the U.S. had threatened to place on more than $2 billion of French imports (a threat made in response to the digital tax that France approved last year.)

The move was portrayed by some as a sort of (fiscal) peace accord. It’s not. Make no mistake: this is only a ceasefire. Whether or not a long-lasting truce will materialize depends on numerous interconnected tax and trade factors, most correlating to the OECD’s wider digital tax plan.

The most recent drama flared up in mid-January when France Minister of Economy and Finance Bruno Le Maire channeled Monty Hall in a Wall Street Journal op-ed titled “Let’s Make a Deal on Tax.” (The column should have been headlined, “Let’s Make This Deal on Tax” given how stridently Le Maire argued that the U.S. should support the OECD’s current draft agreement.) The finance minister asserted that digital taxation is an “unstoppable” eventuality, France would withdraw (as opposed to “suspending”) its tax once the U.S. agrees to a final OECD proposal, and that the U.S. government’s threat to respond to France’s unilateral digital tax with tariffs on French exports to the U.S. would be ineffective and a “lose-lose” proposition that hurts European businesses and U.S. consumers, among other points.

About a week later, French President Emmanuel Macron hopped off a phone call with President Trump and announced that his country would suspend its digital tax. A White House statement indicated that the two leaders had agreed on the importance of finalizing a “multilateral” approach to a digital tax.

Whether or not a shared view on the value of such an agreement leads to an actual accord remains to be seen. This week, we saw that such an agreement will be challenging to achieve when the U.S. threatened to levy new tariffs on imports from the UK and Italy if those countries proceeded with the enactment of their own digital tax laws.

Still, it appears for now that the U.S. has agreed, at least in essence, to recommit to its involvement in finalizing the OECD’s Unified Approach; albeit a “modified” approach. That could change any time, as more negotiations will surely follow, especially during the upcoming G20 Finance Ministers and Central Bank Governors (FMCBG) meeting in Saudi Arabia next month. Plus, there are other trade disputes that need to be resolved -- and those dynamics could certainly have an impact on digital tax services discussions.

Regardless of the temporary stay of the French DST, however, two broader and crucial questions remain; for France, the U.S. and the OECD. One is whether the U.S. Trade Representative (USTR), will modify its view of the DSTs as “discriminatory” and “unusually burdensome” under Section 301 of the U.S. Trade Act (1974), and in particularly, targeting U.S. companies with the so-called “GAFA” tax (named after Google, Apple, Facebook, and Amazon)? Second, will rogue, unilateral DST regime nations, give-up their national economic interests, in favor of a more impartial and universal multilateral accord?

George L. Salis is Principal Economist and Tax Policy Advisor who is an economist, lawyer and tax professional with several years of experience in international taxation and trade compliance, tax planning and controversy, fiscal regulation and tax economics consulting. He is responsible for analysis of economic, legal, financial, trade, and development issues in countries, as well as tracking and analyzing the rapid change in tax policies and regulations, and inter-governmental organizations, and tax administrations around the world.

George is the recipient of the Advanced Certificate in EU Law from the Academy of European Law, European University Institute in Florence, and the Executive Certificate in Economic Development from the Harvard Kennedy School of Government, George received his BSc in economics and political science, an LLB (Honours), an MA in legal and ethical studies, and an LLM (Honours) in international tax law. He holds a PhD in international law and economic policy, and an SJD in Taxation from The University of Florida, Levin College of Law. He is a Certified Business Economist (CBE- NABE).

Tax Management in the Procurement Space

Hear from our VAT expert, Aleksandra Bal, as she reviews the new digital services tax implemented in France and its implications for big tech. 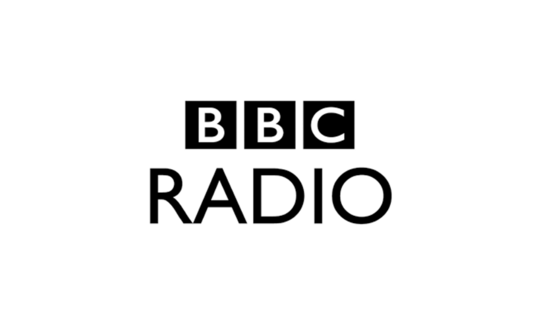