Vertex consistently tracks sales tax rates and rules and produces a mid-year and end-of-year report with detailed data over a 10-year period.

Download a copy of the full mid-year report outlining all 327 standard sales tax rate changes for the first half of 2020.

In this episode, business writer Eric Krell interviews Vertex Vice President of Tax Research Bernadette Pinamont. Bernadette discusses trends related to the Vertex Sales Rates and Rules Report for the first half of 2020. Our report was published in early July … and it details the sales tax rate changes that occurred at the state, county, city and district levels between January 1st and June 30th of this year.

Rate changes at the city level are on pace to surpass their highest volume in more than a decade. Although states held off from making any rate changes in the first half of the year, Bernadette explains why that soon could change as the magnitude of COVID-driven budget deficits become clear. Tax departments should keep their eyes on certain states in particular.

While sales tax rate changes seem sure to materialize, the timing of those changes is trickier to nail down due to several factors Bernadette describes, including election year uncertainties. Our podcast concludes with a look at the merits of “keeping it simple” -- something that tax experts hope officials will bear in mind when evaluating how to adjust rates in the months and years ahead.

Now, I’ll turn it over to Eric and Bernadette…

Eric Krell: Bernadette, you provided a preview of Vertex’s Sales Tax Rates and Rules Report for the first half of 2020 in early June. You published the final report in July. Start our discussion by highlighting what the final report shows in terms of the number of sales tax rate changes that occurred from Jan. 1 through June 30 of this year -- and how those changes compare to the same period last year.

Bernadette Pinamont: Sure Eric, first of all, year-over-year looks about the same. The total number of sales tax rate changes across all categories was about the same during the first six months of 2020 (327) as the total number of all sales tax rate changes during the first half of 2019 (335). This seems to be an indication that through June 30, we did not see the magnitude of COVID impacts we might expect to see later this year and into 2021.

Our final report also shows that through the first six months of 2020, sales tax rates at the city level are on pace to notch their highest number of changes in more than a decade: 150 city sales tax rate changes have occurred with 68% of them occurring in the second quarter.

Is this COVID-19 related? Maybe. Of the 150 rate changes, 140 were increases, while 10 were decreases. That fact couples with 68% of the changes occurring between March and June could be a sign that cities began reacting to COVID impacts.

Eric Krell: How do you expect COVID’S economic damage to influence sales tax rate changes in the months ahead?

Bernadette Pinamont: I think all types of taxes will likely play a major role in the post-COVID-19 economy, whether as a means to stimulate the economy or, alternatively, as a means to pay for budget deficits. Since according to the Tax Foundation, sales tax represents the second-largest source of state and local revenue behind property taxes, sales taxes will play a role here and I think we can expect to see significant changes to state, county, city and district level sales tax rates and rules in the second half of 2020 and into 2021. These new taxes will cause more disruption to tax functions striving to keep pace with COVID related impacts to their businesses, customers and employees, as well as with their pre-existing tax challenges.

Eric Krell: Are there any states, in particular, that companies should keep their eye on?

Bernadette Pinamont: Yes, there are. Again, per the Tax Foundation there are three states where sales tax revenue is the number-one revenue source. If a company operates in one of these states they need to watch for sales tax rate increases as well as increased audit activity. These states include Washington, Louisiana and Nevada, where average sales tax revenue accounts for 41% or more of each state’s total revenue.

Eric Krell: When do you think the impact above will occur?

Bernadette Pinamont: The timing is trickier to nail down for a few of reasons. First, future adjustments could take the form of a tax decrease to stimulate economic activity. Alternatively, jurisdictions could increase sales tax as a “pay for” to generate revenue given the historic decline in state and local tax revenues and to offset debt and cover the high costs of COVID-response activities.

Second, many state legislatures postponed or suspended their sessions earlier this year during the pandemic’s initial spread. The fact that there were no state sales tax changes from January through June 30th of this year also may be related to those COVID-driven legislature closings. States may take immediate action to effect a change now but may legislate rate changes as part of their next budget cycle as well.

Third, let’s not forget it’s an election year. Will a candidate want to address taxes whether an increase or decrease or not as part of their campaign? Will they want a discussion on any new taxes to be part of their platforms?

We are anticipating a wave — or even successive waves — of sales tax changes base on the above factors. The precise nature and magnitude of these changes remain uncertain for the time being. We are anticipating these waves are coming, though, because consumption taxes, including sales taxes, historically represent a stable revenue even in economic downturns. However, the case in the current COVID-19 environment has consumer consumption down as well -- so, we’ll see.

Eric Krell: I know you’re monitoring potential rate changes at a higher frequency than normal to help customers respond as proactively as possible. What are some indicators, events and other wild cards that may affect the timing and size of future sales tax rate and rules changes?

Bernadette Pinamont: As I mentioned, state legislative sessions resuming and focusing on budget deficits is one key factor. Another factor are the upcoming November elections. By that I mean that District Taxes are often on local ballots that the local taxpayers agree to fund. So, it may not be until January 2021 or later that you see the impact of new or changed district taxes based on the November 2020 election.

The jury’s out on what’s going to happen here, but I think anything’s probably fair game. I think you have to watch for the reports now on state budget gaps and how the gaps or deficits are going to be filled. Will it be a simple rate increase or decrease or will we actually see new and creative taxes enacted?

Eric Krell: Are you watching anything else?

Bernadette Pinamont: Yes, since June 30th, we are now seeing reports on the magnitude of state deficits in sales tax revenue due to COVID. A recent BNA article reported in July that state sales tax receipts across the U.S. decreased by approximately $6 billion over the prior year. New York released that it saw a $10 billion reduction in tax receipts due to COVID shutdown and one can assume that was related to closed businesses and decreased sales tax revenue as well. New York already had a budget deficit, compounded further by COVID, and they are primarily taking personal income tax measures to close this gap.

In addition, a recent Tax Notes article reported that although many states have seen an increase in online sales and sales tax revenue from those sales, in many states the increase is still not enough to offset the decrease in revenue from other areas, including brick and mortar stores that were shut down or are still shut down due to COVID. Tennessee was one such state experiencing this concern.

With the rise in online sales during COVID, we need to keep our eye on whether increased compliance measures for remote sellers and marketplace facilitators under Wayfair will ensue in order for states to ensure compliance and secure the online sales tax revenue stream.

Bernadette Pinamont: Yes, we have been seeing VAT rate changes since early April 2020. The EU has been quicker to change VAT rates, primarily as a stimulus, so far. We are also seeing the unprecedented speed at which some of these changes have occurred. With that, we’ve lost the “watch time” by that I mean legislation is proposed and watch it move through the branches of government to …having time to prepare for its effective date. We are seeing legislation finalized as fast as one-two days. I think we are seeing that when a pandemic has been named, different proclamations can occur to address issues related to that pandemic, including taxes, without the historic formal process to approve. That’s what I see occurring in the EU and elsewhere around the world.

Eric Krell: As city, county and state officials and their tax authorities begin considering more sales tax rate adjustments in response to budget deficits, what do you think businesses would want them to keep in mind?

Bernadette Pinamont: I know that they would want to “Keep it Simple.” They have enough to worry about with the economic reality of their business, their customers and their remote workforce. What does keep it simple mean? The Organization for Economic Co-operation and Development (OECD) recently promoted this perspective in its guidance on post-COVID tax changes to countries with national value added tax (VAT) or goods and services tax (GST) regimes. That guidance, which characterized the introduction of new tax types as “undesirable,” due to the increased administrative burden, also applies here. It is administratively easier to deal with rate changes up today and down later than new types of tax altogether.

Eric Krell: Thank you, Bernadette Pinamont. I appreciate you sharing your time and insights today.

Bernadette Pinamont: Thank you, Eric. I look forward to catching up with you at the end of 2020 to see how this is all playing out in another six months or so and after the elections in the U.S. In the meantime, we will continue watching on a daily basis for any changes or impacts that might affect the tax content we provide to our customers.

Tricia Schafer-Petrecz: Thanks for listening to Tax Matters, a Vertex podcast. Check back for future episodes.

Note: This interview has been edited for clarity. 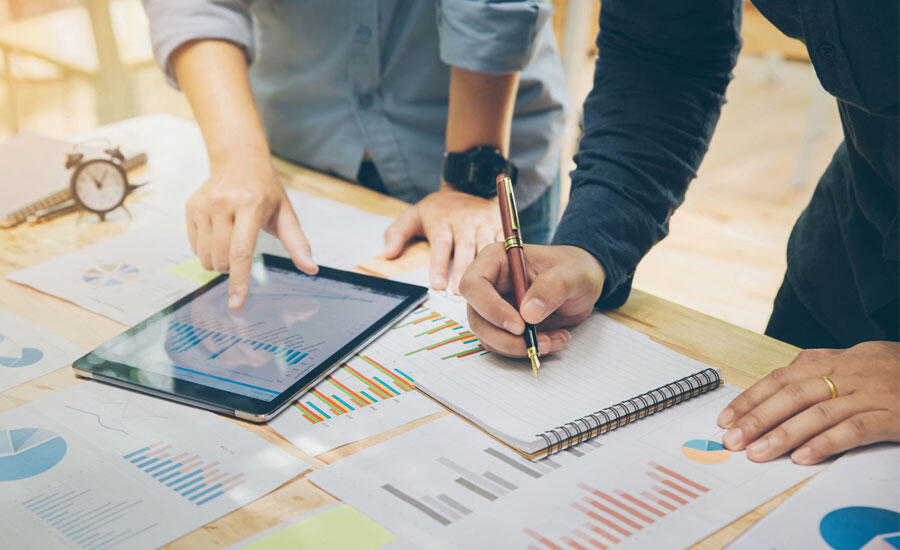