A Pennsylvania Business Gets Surprised by a $1.6 Million California Sales Tax Bill

Late last year, a small, Pennsylvania e-commerce merchant that sells clothing, shoes and groceries was hit by a $1.6 million bill for uncollected sales taxes related to products the company sold in California.

This comes a little more than a year after the U.S. Supreme Court's highly publicized Wayfair decision that permitted South Dakota to collect sales taxes from another company for goods sold in its state, even though the company did not have nexus (a physical presence) there. Since that decision, just about every state in the country is doing what California is doing: ramping up their efforts to collect sales tax owed from businesses located elsewhere.

How big a deal is this? Very, and it’s becoming even bigger.

According to a 2018 report on state budgeting from The Volcker Alliance, a nonprofit that studies effective governmental management practices, despite a better economy most states are still facing serious budget challenges caused by the uncertainty about future funding from the federal government and rising health and retirement costs mostly due to previous pension and health funding commitments that can't be undone. The report found that, between 2016 and 2018, upwards of forty states used some type of one-time "budget maneuver" - such as funding debt with more debt - to cover their budget's shortfalls. "While forty-nine of the fifty states mandate balanced budgets, that does not mean their budgeting always follows best practices," the study's authors wrote. "Nor does it mean that a budget will remain balanced from enactment through the entire fiscal year or that officials fully disclose the techniques used to eliminate any shortfalls." States are barely scraping by and when the next recession hits local legislators will need every dollar they can grab.

Thanks to the 2018 ruling from the high court, the 45 states that do charge sales tax now have an untapped source of revenue that didn't exist before. And you can bet that maximizing this revenue stream is a high priority. According to Accounting Today "all but two states (Florida and Missouri) have enacted economic nexus laws, and it is expected that in 2020, Florida will be on board," through legislation to pursue this newly discovered revenue stream. There will certainly be court challenges and businesses claiming state over-reach, but that’s of no consequence. Why? Because states are rubbing their hands together as they’re already seeing the results. According to the Brookings Institution Tax Policy Center, state sales tax revenues grew 4.7 percent in fiscal year 2019 (which ended in June), which was slightly faster than the 2018 pace of 4.4 percent and the Wayfair decision – less than a year old – already played a major part in that growth. Most experts anticipate revenues in fiscal year 2020 to grow even faster as states ramp up their collection efforts nationwide thanks to Wayfair.

If you’re running a mid-sized company selling online then you better wake up. You’re the target. The days of not charging tax on your online sales are over. The spigot is open and will likely never close. Which means making significant investments in 2020 to ensure that you are withholding and remitting sales tax in every state that has one.

Don’t believe me? Just think about this. If big states like California are willing to pursue a small business in Pennsylvania with only $3 million in annual revenues, who’s next?

See Why We're Right For Your Busines

Explore how Vertex solutions work with your ERP, e-commerce, procurement, and financial systems.

Discover how all of Vertex’s industry-leading products can help your business.

Learn more about the leading provider of corporate tax software and services.

How much of a dent has the pandemic put in tax authorities’ revenues, and what actions will they take to fix it? 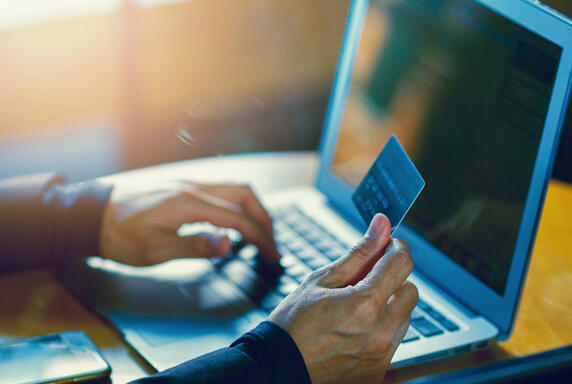