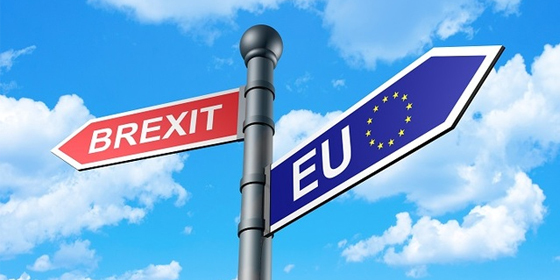 According to the agreement for this extension, the following scenarios are possible:

Scenario 1: If the UK parliament votes in favor of the Brexit withdrawal agreement before 31 October, the UK will leave the EU on the first day of the next calendar month, and no later than 1 November 2019. This will be followed by a transition period, which will last until 31 December 2020. During this period, all EU rules and regulations will continue to apply to the UK. Virtually nothing will change. This transition period may be extended once by two years if both sides agree, remaining in place until 31 December 2022.

Scenario 2: If a withdrawal agreement is not ratified by 31 October, the UK would depart from the EU without an agreement (i.e., a “no-deal Brexit”).

Scenario 3: The first two scenarios are contingent upon the UK taking part in the upcoming EU elections scheduled for 23-26 May. If the UK does not take part in these elections, it would leave the EU via a no-deal Brexit on 1 June. Prime Minister May has promised EU leaders that the UK will participate in the EU elections. (If a withdrawal agreement passes the UK House of Commons before the elections, – which currently appears unlikely – the UK would not be required to vote in the EU elections.)

Scenario 4: While highly unlikely, there remains a remote possibility that the UK could cancel Brexit.

Vertex continues to monitor Brexit developments while assisting our customers as they prepare for possible outcomes. Stay tuned for more information as it becomes available.

See All Resources by Nicole

Nicole van Wandeloo is Manager of Tax Research with the Vertex Indirect Tax Research department, where she is responsible for the EMEA VAT content for Vertex O Series. Nicole has more than 20 years of international experience in VAT advisory, VAT compliance, and process automation, both in consulting and as an in-house VAT manager. She also holds a master’s degree in Tax Law.

The outcome of the recent US Presidential election surprised many, and it is just one more in a string of recent drivers of global economic, legislative, and regulatory uncertainty. Brexit, EU State Aid investigations, and the OECD Base Erosion and Profit Shifting (BEPS) Actions figure most prominently among these disruptions; each will significantly influence foreign direct investment, trade, banking, corporate taxation, and the exchange of tax information between jurisdictions.

Thus far Britain’s vote to leave the EU has sparked concern, bouts of panic, and plenty of misinformation. I will outline five key Brexit points and perspectives to steady you as the vote’s aftereffects reverberate.

A no-deal UK exit from the EU remains a real possibility – and one The Economist has described as “a catastrophe.”

Reduce risk and get the agility needed to support business growth with a scalable solution for VAT & GST determination.