The live-streamed hearing had a we-said/they-said feel to it. Leading tax, legal and retail experts along with members of Congress and at least one small business owner took turns expressing both positive and negative views on the Wayfair ruling and its many implications. Leaders from the American Legislative Exchange Council, MultiState Associates Inc., the National Taxpayers Union and the National Retail Federation, among other groups, submitted their comments ahead of time and then shared them during the hearing. (Those comments are available along with a video recording of the proceedings here.)

Those comments are worth a look, considering what they might portend on a number of post-Wayfair fronts, including whether (or not) Congress finally takes action of its own on the issue by enacting legislation. Two Senate bills and two House bills – each of which covers the same matters the Supreme Court just addressed in Wayfair – are “pending” (my quotation marks nod to Congress’ inability to address digital-era physical presence standards for approximately two decades).

The testimony of Mayer Brown Partner Andrew Pincus, a strong critic of the Wayfair ruling, is certainly worth a close read. Pincus asserts that Wayfair “replaces relatively clear rules with tremendous uncertainty.” He goes on to assert that small businesses are “being forced to choose between complying with costly sales tax collection obligations that could well be unconstitutional or suffering onerous penalty if they decide not to comply and the obligations are later upheld by a court.”

Pincus also offers legal analysis on several other issues not addressed in the Wayfair opinion, many of which could be a concern for remote sellers in the wake of a final decision. (Remember, Wayfair is on remand to the South Dakota Supreme Court for some additional constitutional analysis.) He also adds some comments on the risk of states expanding their sales and use tax base on services and how Wayfair might factor into states’ income tax reporting.

This still-intense disagreement over an issue the Supreme Court appeared to resolved settle with its groundbreaking decision in June, in reality suggests more questions are yet to come that will be settled through administrative rulings, legislation or more litigation. Luckily for us, we all have a front row seat and the orchestra is still playing. Stay tuned.

When tax groups and their organizations begin to consider a new investment in tax automation (or integrating existing tax automation with a new ERP system or procurement platform), it is useful to assess their current tax automation approach. Learn the four sets of key considerations to identify important questions for project teams to address and respond to as a means of strengthening their implementation plan.

Learn how Vertex can automate tax determination in your SAP S/4HANA system.

Vertex and SAP: The Peak of Partnership

Vertex’s long and fruitful partnership with SAP (25-plus years and counting!) includes a new honor: being recognized by SAP as a finalist for a 2022 SAP® Pinnacle Award in the SAP Store category.

Vertex and the Financial Times explore the rise of online cross border selling and the tax management challenges. 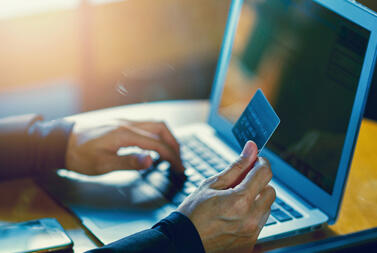