Alleviating the Impact of COVID-19 in Brazil

As I mentioned in my previous post, Brazil, like the rest of the world, has been severely and financially impacted by the global pandemic. It’s expected that the federal government’s deficit will top R$ 866 billion.

Although nothing concrete has been announced, one way the nation can attempt to recoup some of this deficit involves changes to the Brazilian tax and labor landscape.

The federal government could also implement the long-expected Tax Reform, alongside the measures it has already taken in the credit area and in the preservation of income, to maintain jobs and economic activity.

Such measures should not involve the creation or expansion of tax rates, but through the creation of a public calamity tax regime focused on growing employment levels and economic activity, both of which relieve the tax burden on companies and economic agents, and permanently increases general investments. The government is considering legislation for special spending powers to be triggered in the future if public finances are hit by another pandemic.

Implementing the tax reform promised to the Brazilians could be one of the first topics to be prioritized as the pandemic subsides in order to make the tax system leaner and lessen the tax burden for companies. Once economic confidence is restored, the level of investments may resume, accelerating the generation of jobs that, in turn, will contribute to the revitalization of the Brazilian economy and make the nation more competitive in the global business environment.

The current tax reform proposals being evaluated by the legislature are intended to simplify the collection of consumption taxes and propose the unification of additional taxes. However, this would only serve to change the form of collection.

Incentives for the National Industry

Another important topic to consider involves the possibility of greater incentives to Brazilian manufacturing as a way of generating jobs, including covering the substitution of imports in favor of national production.

Some experts have expressed the expectation of a possible global reduction on the dependence on Chinese industrial production, which would open opportunities for new international agreements and making an industrial policy more favorable for the Brazilian economy.

It is essential that the Brazilian government considers effective alternatives for the reduction of companies' payroll tax when talking about resumption of investments and economic strengthening.

Although the COVID-19 vaccination just started in Brazil (and the expectation is that the vaccination of the Brazilian population will not be completed before the end of 2021), the country has no time to waste in alleviating the economic distress the pandemic has caused. The government is considering legislation for a national state of calamity and special spending powers to be triggered in the future if public finances are hit by another pandemic.

Like many other countries, Brazil was already suffering from economic problems prior to the arrival of COVID-19. The scenario for the post-pandemic world is fraught with uncertainty, but we need to be prepared with solutions that begin to right the previous challenges posed to the economy with the potential added consequences the pandemic will no doubt cause. The ultimate question remains — will we view the pandemic merely as a catastrophe or an opportunity to change how governments can implement tax policy, which can be part of a larger economic recovery effort that not only helps Brazil but also affected countries around the world.

See All Resources by Ana

Ana Maciel is a tax research manager responsible for new tax content that supports the Vertex Indirect Tax O Series solution in Brazil. Based in São Paulo, she has more than 24 years of experience in Brazilian indirect tax and has worked at Vertex for over 11 years. Previously, she worked as a tax advisor to multinational companies in Big 4 accounting firms. Ana holds a B.S. in law and a B.S. in business administration, as well as a post-graduate degree in international trade from Universidade Paulista.

As a result of the coronavirus, all sectors of the global economy have been impacted. Learn about the consequences for life and business in Brazil. 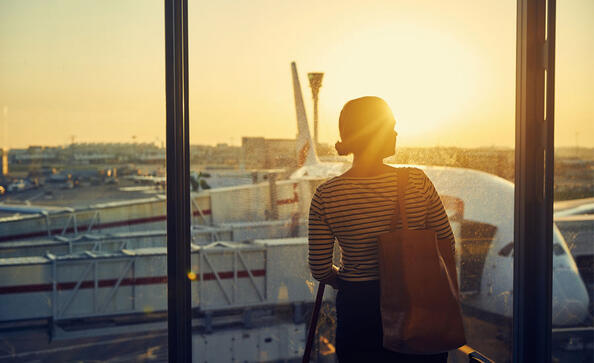