The Council of the European Union has a rotating presidency that in the second half of 2020 was held by Germany and transitioned to Portugal on 1 Jan 2021.

To ensure some continuity in terms of the programme, three member states work closely together in a system of “trios.” The trio sets medium-term goals and prepares a joint agenda determining the topics and major issues that will be addressed by the Council over a period of 18 months. Based on this wider programme, each of the three countries prepares its own more detailed 6-month programme.

Peter Boerhof is the VAT Director for Vertex. In his role, he provides insight and thought leadership regarding the impact of tax regulations, policy, enforcement, and emerging technology trends in global tax. Peter has extensive experience in international transactions, business restructuring, tax process optimisation, and tax automation. Prior to joining Vertex, Peter was responsible for leading the indirect tax function at AkzoNobel, where he designed and implemented a tax control framework, optimised VAT, and managed the transition to a centralised tax operating model for global tax processes.

He was also responsible for indirect tax planning and compliance for merger and acquisition, supply chain, and ERP projects, as well as the implementation of tax automation initiatives like tax engines and robotics. Boerhof also worked at KPN Royal Dutch Telecom managing VAT, as well as Big Four accounting firms Deloitte and Ernst & Young (EY) advising on VAT compliance and optimisation processes. Boerhof holds an MBA from the Rotterdam School of Management and a master’s in tax law from the University of Groningen.

A two-day event where corporate leaders will present their perspectives on VAT risk, compliance and VAT automation.
11 May 2023 - 12 May 2023
See Details
In-Person Event

A full day of talks, meetings, and networking to discuss new technologies and address some industry challenges.
18 May 2023
See Details
In-Person Event

Connect with tax experts at this free one-day event in Barcelona to deliver value to your tax department.
09 May 2023
See Details
Blog 19 Jan 2023 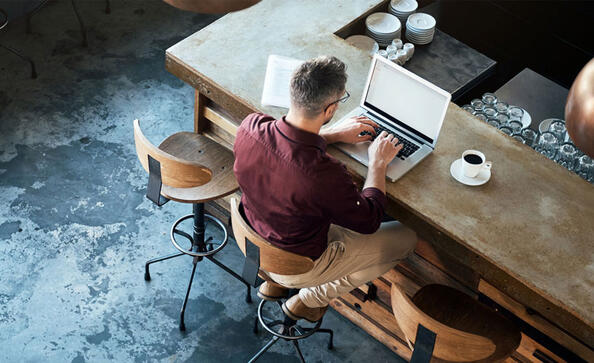